Learning to Love My Body Hair

The first time I felt humiliated by my body hair was in seventh grade. My legs were growing hair at that point, but I hadn’t really thought much about it. Then, one day, a popular girl in my gym class pulled me aside in the locker room.

“Josh told me he thinks you’re pretty cute – except that your legs are really hairy.”

I was beyond embarrassed. It wasn’t a secret that I had been crushing on Josh, exchanging sneaky glances with him every morning as we sat on the shiny gym floor waiting for roll call. I thought things had been going pretty well… until I was suddenly slapped in the face with the reality that as a girl, how you look is apparently everything.

I told my mom that evening that I wanted to start shaving my legs, so she showed me how to do it. Later that night, I sat alone in my bedroom, my legs feeling weird and cold and bare, and cried.

I didn’t do it for Josh. No. I was livid, angry at him for making me feel so ugly, and he was dead to me from that moment on – I never spoke to or looked at him again, or even acknowledged his existence. I did it for myself, to protect myself from the hurt and the public shame, by conforming to what was expected of me because of the gender I was born into.

Fast forward to when I started camming a couple years ago: I never particularly hated my bush, but had been religiously shaving my legs, armpits, and around my labia, as well as trimming the bush down to keep it under carefully-groomed control. Although I wasn’t ashamed to have a bush, I was definitely surprised by how many positive comments I received about my pubic hair. The more love it got in the cam room, the more confident I felt about it, and the less I cared about the rare rude troll trying to insult my appearance. And I was amused by those who loved my hair so intensely that they were essentially worshipping my pubes.

As my cam modeling career progressed, I got more and more requests for me to grow out my armpit hair. I was wary, since many of the requests were from greys (members on Chaturbate with no tokens in their account, who are often just freeloaders). Would the actual paying viewers enjoy me having armpit hair, or would it just propel me into the niche of “hairy hippy model” and I’d lose my usual audience?

Letting my viewers dictate my appearance choices was definitely not the plan, but I was curious whether I could pull off the armpit hair look as a cam model. After all, it would be pretty excellent to not have to spend all that time shaving every morning in the shower. And all the money I’d save on razors…!

I took a bit of a hiatus from live camming earlier this year, focusing on managing my depression and anxiety, and sticking to offline work, such as video production and revamping my website. During that time, I got lazy about shaving, and even stopped trimming down my bush. Once I was ready to start camming again, my armpit hair was all long and fluffy, and I decided fuck it, I might as well test the waters with the pit floof.

To my amazement, the reactions I got were overwhelmingly positive. People loved it! New and old viewers alike were a fan of the armpit hair, as well as my giant poofy unruly untrimmed bush. My bush really had become somewhat of a signature unique feaure of my modeling career, and even more so now that it had grown wild and free.

I decided the leg hair, although appealing to me in person for normal life, wasn’t something I really liked the look of in my sexy videos and photos. So I’ve decided to start shaving my legs again. But I’m now totally sold on the armpit hair and mega-pubes. Maybe I’ll change things again in the future. But for now, my viewers are happy, I’m happy, and I no longer care what negative things Josh or anyone else has to say about my body hair. 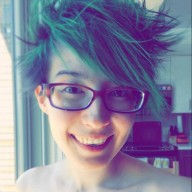 Join the discussion and tell us your opinion.

So nice to read about you Zander. I absolutely love your hairy bush, its such a turn on on you and I love love love it. You are so sexy and just seeing you touch or seeing a picture of your hairy bush is so hot and sexy. I think you are great as you are Zander and I am happy you enjoy your body hair. From one of you biggest fans. You are the best and I love seeing your body hair. Zander you are the best!!!!!!